When we first started thinking about  crafting a street tour of Manila, I was really skeptical about the prospect because our earlier tours that have been so well-received revolved around the idea of controlled environments: museums, churches, and cloisters within the safe confines of the walls of Intramuros where tours and stories are fairly easily contained. However, the idea of creating something that will actually bring our guests out to the “real world” terrified and thrilled me in equal measure.

At first, we were hesitant to engage in walking tours outside of the controlled environs of the museum and the gated city. The streets outside can be purely chaotic, and there are far too many external factors that we have to consider before launching into the first stages of the development. However, there was also a world of delights out there coupled with the chance to showcase pure, unadulterated city life in Manila.

We sat on the idea colors of Manila for years but it finally came to fruition because of two reasons. First, was an actual client who insisted on bringing his family to the Muslim community in Quiapo because he wanted his children to see how other Muslims lived in such a predominantly Catholic society. He wanted to take a closer look at how his fellow Muslims, minorities in an almost homogenized society of Christians, practiced their faith in a place where they were clearly outnumbered, and with the policies and odds stacked against them. The tour was a positive experience for both the client and ourselves, and it had us thinking of all the prospects for outreach seeing that these are the kinds of narratives that our clients were craving.

The second reason was a shot of inspiration that I got from attending a market and street tour of Georgetown, in Penang, Malaysia,  which is a UNESCO World Heritage Site. I was inspired by how brilliant the narrative of that tour was and I envisioned something similar in Manila. There is no denying that Manila and Georgetown share a common colonial history. The story of colonization and waves of subsequent immigration make up the cultural thread of Penang, as it does Manila, both deeply entrenched in a rich Western heritage. The tour highlighted a perfect mix of cultural, culinary, and religious elements that created such a vibrant and colorful cityscape. I was smitten by how the Nazlina’s Hussin’s Walking and Cooking Tours wrote an ode to their city, and I knew I had to do the same for Manila, a place sorely in need of romancing by its people.

So what is the Colors of Manila Tour?

The Colors of Manila Tour is a tour program with equal parts street photography, food tasting, shopping, and cultural immersion. The concept is a juxtaposition Catholic and Muslim cultures, demystifying two faiths that share a common space in a bustling city center of winding alleyways, open-air markets, craft centers, church chapels, and mosques. All these and more, make the Colors of Manila a truly unique experience because it not only shows Manila in the most authentic and experiential way possible, but it also brings together a lot of the different factors that make the city what it is today. It even explores important sociopolitical issues between Filipino Muslims and Catholics!

One of the biggest reasons why Filipino Muslims are so disenfranchised and so disregarded in the Philippines is primarily because a lot of the people don’t even know some of the basic principles of Islam. There’s a lot of bigotry, hatred, and biases that have permeated our people’s culture, breeding animosity towards a minority that has been fraught with violence, outright war, and displacement. As a Muslim convert, part of the goals of the Colors of Manila tour is to bridge this gap and provide even just the most fundamental knowledge about how our Filipino Muslim brothers and sisters live amongst us: in plain sight but hidden under a veil of mystery and misunderstanding.

The central idea behind the Colors to Manila tour is to explore history, society, and culture in terms of how we see religion as the basis and the anchor of our cultural identity and belief systems. We use the Quiapo district to juxtapose these different Filipino belief systems to feature how these cultural beliefs manifest in commerce and human interactions. For instance, just by comparing the trade that usually surrounds places of worship, you can already see the stark differences between Filipino Muslim and Filipino Catholic faiths.

The central idea behind the Colors to Manila tour is to explore history, society, and culture in terms of how we see religion as the basis and the anchor of our cultural identity and belief systems.

The Colors of Manila tour is also the best opportunity to interact with locals and experience how it is to enjoy and live the city in full color. We crafted a tour that was about the people and their district, and we intentionally made it so it wouldn’t become a “slum tour”. Instead, It’s a unique tour that is designed to educate and promote meaningful interactions by treating the local shopkeepers and business owners as suki—key informants who are not just mere curiosities in a narrative-driven purely by the guide. It’s such an engaging tour because our Cultural Navigators and guides simply facilitate while the locals tell their stories.

The tour starts in one of Manila’s historical intersections and makes its way to a fruit market where guests can sample the fresh fruits that are in season from one of our suki or market partners. We talk to the vendors as we take a closer look at the produce in the market and weave narratives about how each of the ingredients are rooted in the country’s rich colonial history as a hub of global trade.

The market tour then progresses through the other side of the thoroughfare, to the Muslim community, where one instantly notices a world of difference between the two markets particularly when you start eating the local cuisine. Of course, food is never scarce on this tour and you take bites here and there to sample the best of both worlds as the open air markets unfurl. Halal food and everyday Filipino fare exist side by side in these few square blocks, unbeknownst to half of the city’s population who pass by the area every day.

Culturally, there are a world of differences between Filipino Muslims and Filipino Catholics, and experiences that promote understanding, tolerance, and even just the base knowledge about each other will result in a deeper understanding of both cultures and religions, and perhaps bridge the divide among us.

On a more personal note, the tour is part of my personal mission to shed light and maybe even demystify Islam to the uninitiated or to the misinformed. As a Muslim convert, one of the ways in which I immersed in the culture was by discovering the Quiapo district and imbibing in its culture. I was born and raised a Christian and Islam is a religion that I have adopted so I had to learn the cultural practices of my new faith in a more proactive manner. It was an educational experience for me, getting to know my new brethren in the faith, and it is my hope that the same process will be instrumental in bringing about more awareness and appreciation for the faith.

This is a tour where you witness the community as it is:  a living, heaving, and breathing space. It’s a tour that showcases Manila and its people without the controlled and “manicured” images of an academic setting. In these crowded alleys, packed chapels, busy church courtyards, and quiet mosques, Her people live, work, trade, and play, and it is precisely the people who make it such a colorful, exciting, and compelling story.

It’s a story that’s in dire need of telling. 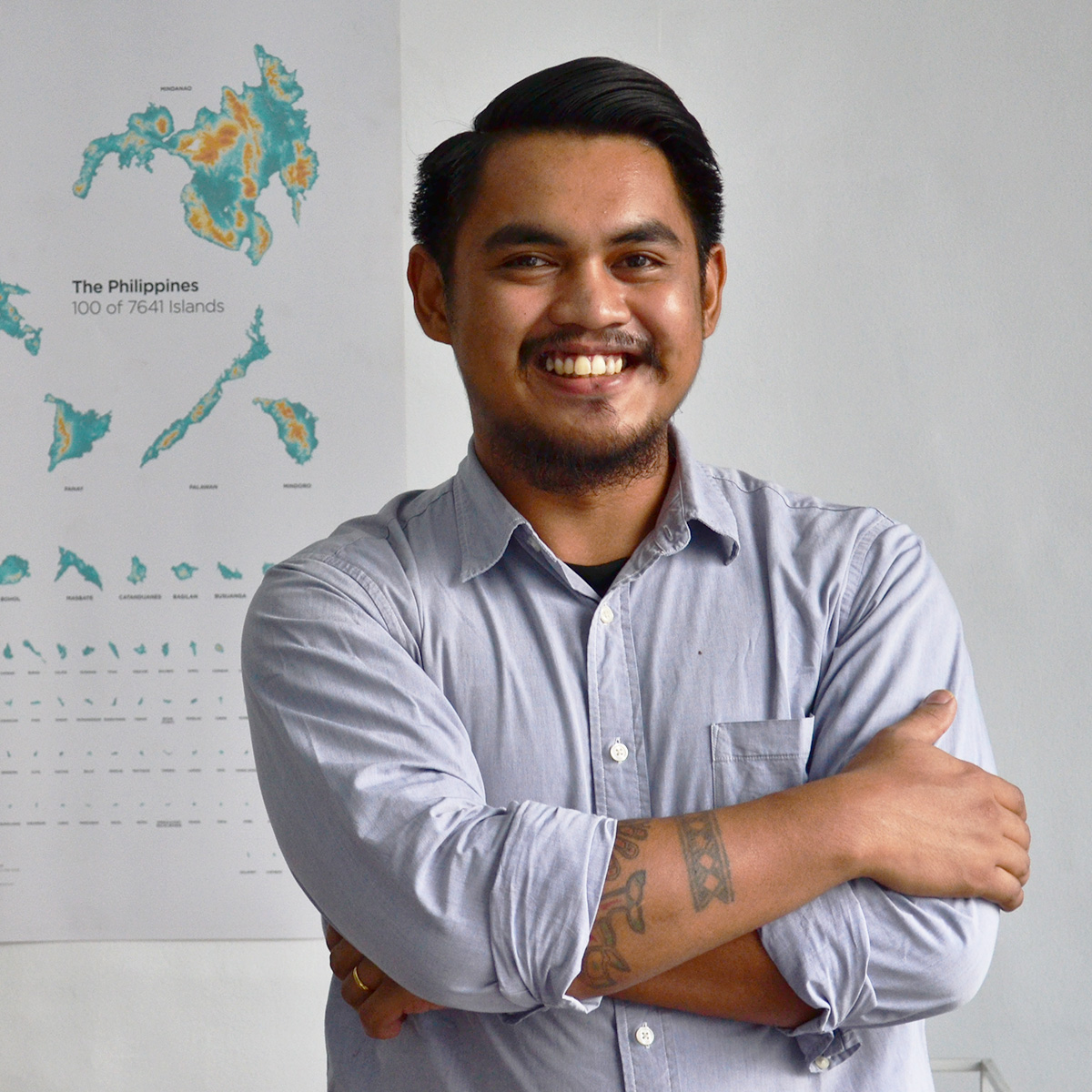 ABOUT THE AUTHOR
Nonito is one of Manila For A Day’s expert Cultural Navigators. He specializes in the “real” and “gritty” tour programs of our portfolio and delivers his tours with impeccable panache amidst the chaos of Manila’s bustling streets. When not pursuing his MA in Philippine Studies, you can usually find him obsessing over fine coffee or the latest food craze and blogging about it a nosleepnoni.com.